It all started with a book.

The original book, as it were, was of my own creation: Synchronicity: One Man's Experience, which I wrote in the fall of 2013. As the title suggests, the book recounts my experiences with the phenomenon known, more or less accurately, as "synchronicity." Ironically, at the time I wrote this book, I was largely unread on the subject; in fact, the only formal reading I'd done was Carl Jung's monumental paper on the phenomenon. I did, however, have several synchronicity books noted for further reading, if and when I got the inkling to research others' experiences.

One such book was The Roots of Coincidence, by Arthur Koestler.

I don't remember where I first read of Koestler or his book, or why it struck me enough to take interest. Somehow, though, I ended up with a bookmark for its Amazon listing. Lazily, I ignored it for some time, and then, when I did finally follow up on the book, I found it to be far more expensive for my tastes (being an older book, out of print and without an eBook version, prices were inflated accordingly). From there, I checked eBay and Amazon from time to time, hoping to snag a reasonably priced copy, but time and again, no such cheap copies were to be had. I bid on an auction once, but lost out to someone with richer blood.

Thus, The Roots of Coincidence stayed a perpetual presence in my file of bookmarked titles -- until last week.

One night, in a moment of idleness, I again noticed the Roots of Coincidence bookmark, and its stubborn refusal to disappear from my list of must-read books. So I made another halfhearted browse -- and this time, lo and behold, turned up a low-priced copy on eBay. I snatched it up at once, then at last deleted the bookmark, feeling to be crossing off some difficult station from a bucket list. And it was after this, within two days, that the synchronicity occurred: I came across, in the unrelated book I was reading at the time, a quote from none other than Arthur Koestler. The quote, which was placed randomly in the book (to correspond with a loosely relevant story), involved something called "holons," something I'd never heard of before in my life.

Sure enough, The Roots of Coincidence does indeed contain the quote I'd read in the wholly random and unconnected book I'd Just Happened to be reading two days after placing the order (that book, a collection of travel stories I'd checked out randomly from the library, bore no overt mention of Koestler or holons on its cover or blurb, the quote occupying only a small space 400 pages in). And yes, I do count this as a solid incidence of synchronicity, considering that I ordered the Roots book just two days before reading of its "holons" for the first time in my life; and, furthermore, I consider this a rather notable synchronicity, due to the fact that it fits perfectly the pattern established by the dozens upon dozens of similar incidents I've experienced. And yes, I rather enjoyed the irony added by the book's subject matter, for The Roots of Coincidence is, after all, about synchronicity (though, this is not the first time I've experienced synchronicities surrounding a book about synchronicities, nor is it the second time). However, as interesting and enjoyable as this incident is, it is not what inspired me to write this post.

Instead, I was moved to blog about this experience due to what Koestler's book contained.

That is to say, The Roots of Coincidence reinforced my own experiences, and in a somewhat objective, verifiable fashion. More or less, Koestler echoed what I wrote in Synchronicity: One Man's Experience. Not only was there a general repetition of the same underlying patterns and phenomena I experienced and then described, but Koestler and his references also reached many of the same conclusions as in my book, at times with the same wording and models of action -- all of which I was unaware of until reading The Roots of Coincidence over the last couple days, only after I'd written my account and speculated on what it might mean. Sometimes, there is no better confirmation than seeing one's thoughts and experiences corroborated by a complete stranger, decades in the past (which goes double for subjects as speculative, mysterious, and empirical as synchronicity).

And it was this, in the end, that I enjoyed most about my purchase of The Roots of Coincidence: not the highly improbable "coincidence" it triggered, nor the laughter incurred by same, but instead the simple-but-rare vindication I experienced upon seeing the essence of my experiences recounted in a forty-year-old book I'd read only after the fact. That feeling can't be bought, or it would cost a fortune if it could.
Posted by A.A. Garrison at 6:15 PM No comments: 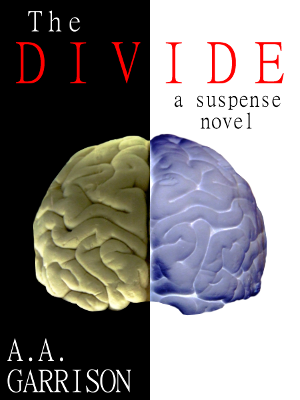 Lulu  Createspace
Posted by A.A. Garrison at 5:12 PM No comments:

In case you were wondering ...

... here's the four-in-one that is Everything, described four ways. 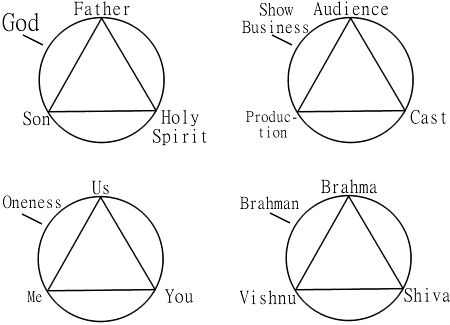