You Can't Eat Just One 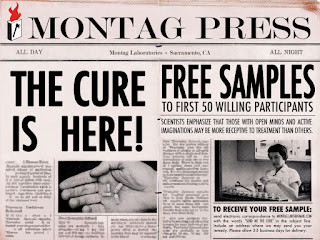 8/18/12: While in the grocery store, I was shopping for canned pineapple, looking specifically for the chunks. I browsed the wall of canned goods for some time, and precisely when I found a can of the chunks, a woman's voice from nearby cried, "Chunks!"

8/19/12: While driving, I experienced a long train of thought which ended, arbitrarily, with a friend's wife, named Mary. Almost instantaneously, I passed a real-estate sign reading "Mary."

9/9/12: While driving, I experienced a long train of thought which ended on termites. Within a second, I passed a sign advertising termite control. (Note: the sign had been hidden behind buildings and trees until I came directly upon it.)

9/11/12: While exercising at the gym, I went to sit down at a bench where I had weights set up; however, someone was working near it, so I was forced to move my weights to another bench. As I at last sat down on the alternative bench, the song I was listening to on my headphones said, "Sit down," perfectly simultaneous. Had I sat at the original bench, this would not have happened. (Note: it was the first time I'd listened to this song, ever.)

9/12/12: While driving, I experienced a long train of thought which ended with the planet Saturn. In less than a second, I passed a Saturn coupe. (Note: I'd felt Compelled to drive down this road, rather than a shortcut.)
Posted by A.A. Garrison at 7:58 PM No comments:

Review for 'The End of Jack Cruz'

Find a new review for my post-apocalyptic horror novel, The End of Jack Cruz, at Horror Palace: