http://issuu.com/structo/docs/structoissue9online
Posted by A.A. Garrison at 6:14 PM No comments:

It was lunchtime. I was eating at the table while reading. People around me were talking.

Halfway through lunch, the book I was reading reached a chapter on the psychology of abusive relationships.

Meanwhile, the people around me began conversing about the psychology of abusive relationships.

I had not spoken a word about what I was reading, nor could the conversing people have read it.

As I reached the chapter's end, which summed up why someone in an abusive relationship might choose to remain in such a relationship, one of the conversing people asked, "Why would someone stay in a situation like that?" These two coincided so perfectly, I couldn't help but burst out laughing.

(Some fun facts about this incident:

1. It was by total chance I was reading this book at all. I had bought a used Kindle, and it had come to me preloaded with several books. It was one of these books I would be reading when the conversation occurred, and I had just started reading it the afternoon in question.

2. After I made it known to the conversing people that their conversation had just mirrored perfectly the text I was reading at the precise time their topic turned to abusive relationships, one of the people said, "Oh, like Patty Hearst, right?" Seconds later, on the very next page of the book, it mentioned Patty Hearst by name -- not too notable, considering this was on the same subject being discussed, but still.

3. The morning before this happened, I'd been editing a chapter of a book I'm writing, which made repeated mention of the "rose-colored glasses" phenomenon. Then, when I started reading the Kindle book at lunch that afternoon, it made mention of the "rose-colored glasses" phenomenon.)
Posted by A.A. Garrison at 5:41 PM No comments: 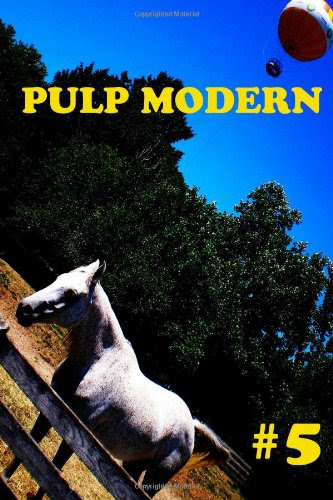 Amazon link
Posted by A.A. Garrison at 7:10 PM No comments:

Inspiration for "Windows to the Soul"

Find a write-up regarding my inspiration for the story "Windows to the Soul," from the Mental Ward: Stories from the Asylum anthology, here, on The Sirens Song blog.
Posted by A.A. Garrison at 7:04 AM No comments:

Beginning this Summer, Grey Matter Press will release the first in a series of highly anticipated volumes of dark fiction that truly celebrate the spirit of independent horror.

Dark Visions: A Collection of Modern Horror takes readers on a terrifying psychological journey with exceptional tales of darkness by some the most talented authors working in the fields of horror, speculative fiction and fantasy today.

Unable to contain all the visions of dread and mayhem to a single anthology, Dark Visions will be a two-volume release published in both paperback and digital formats over the next several months. All versions of Dark Visions will be available for purchase at favorite online booksellers.
It has been a long time coming, but we are immensely proud to introduce you to Dark Visions...

Visit the Site – http://www.darkvisionsanthology.com
Posted by A.A. Garrison at 5:52 PM No comments: